The Vision of Eden: Animal Welfare and Vegetarianism in Jewish Law and Mysticism by Dovid Sears

HealthyJewishCooking.com has been in hibernation.

Something monumental was needed to shake me out of my slumber and this is it: The new, 2015 edition of a thoughtful, thorough, and beautifully written book on Jewish vegetarianism —The Vision of Eden by Rabbi Dovid Sears.

Rabbi Sears is the author of numerous books, essays, and articles on Judaism and Breslov Chassidus (see review of The Water Castle). He’s also a visual artist and founder of the Breslov Center.

From The Vision of Eden blog:

The Vision of Eden is a source book of Judaic texts that draws upon a wide range of both Talmudic and Kabbalistic teachings, with a special focus on the issues of animal welfare and vegetarianism. While sympathetic to vegetarianism, the author is not a polemicist, but presents a balanced discussion of these issues, representing diverse points of view. Much of this material has never before been translated, including copious selections from the writings of the Chassidic masters and Rav Abraham Isaac Kook.

As a former vegetarian, one who makes an effort when possible, to buy free-range/pastured animal products, rather than factory-farmed meat, dairy and eggs, I have a deep appreciation of Rabbi Sears’ scholarly mission. In The Vision of Eden he presents what is surely every possible authentic Torah source which show us how carefully and with what great sensitivity an animal must be treated, including sources which powerfully convey the importance of not being unfeeling or brutish towards animals.

Whether or not you agree with the author’s conclusions regarding the consumption of meat, you’ll most likely agree that this is the only book on the subject of Jewish vegetarianism with broad appeal—not only because of the author’s Torah scholarship, but because he doesn’t proselytize. Yes, Dovid Sears believes deeply that there are spiritual and physical benefits of not consuming meat, but he draws his conclusions from Holy sources, without cherry-picking and without condemnation of those who do choose to eat meat. Rabbi Sears respects his readers as he educates.

If you’re looking for a book to curl up with over the Passover break, I highly recommend The Vision of Eden by Dovid Sears, available at Amazon.com.

Excerpt from The Vision of Eden:Animal Welfare and Vegetarianism in Jewish Law and Mysticism by Dovid Sears

The Baal Shem Tov’s words proceed from a deeply mystical perception: all things are animated by God, and thus constitute a “garment” for Him. As he observes, “All the worlds are garments, each one for the next, down to the lowest aspect…”

This concept is suggested by the verse that states, “He covers Himself with light as with a garment” (Psalms 104:2). In Kabbalistic terms, this alludes to the Infinite Light of Creation (Ohr Ein Sof). The Infinite Light, in turn, is “garbed” through numerous acts of constriction (tzimtzum) that produce the various “worlds,” culminating in the physical universe. Thus, the universe may be conceived as the “outermost” garment of God, beneath which His Infinite Light is concealed. Although some elements may be primary and others secondary, all parts of the garment exist in symbiotic relationship with one another, and possess meaning by virtue of the One Who fashioned the garment for His own purpose.

Therefore, the Baal Shem Tov teaches us, the enlightened person will sense the kinship of “man and the worm and all small creatures,” and relate to all of God’s works with love. As the Maharal of Prague (R. Yehudah Loewe ben Bezalel, 1512-1609) observes, “Love of all creatures is also love of God; for whoever loves the One, loves all the works that He has made.” The realization of this truth is the central point of Jewish mysticism, and it is the root of the Jewish ethic of compassion for all creatures. 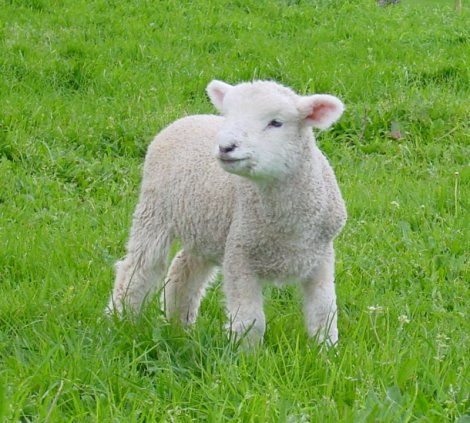