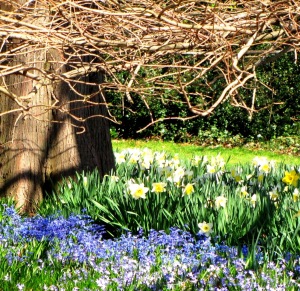 The liver is called kaved, which also translates as “heavy” or “weighty.” This is because the liver purifies blood that is “weighted” with unnecessary substances. —Rebbe Nachman of Breslov, Likutey Moharan I, 29:9.

In New York and surrounding areas, local produce really starts to come into its own in mid-May. We have to hang in there another couple of weeks or so. In the meantime, fasting and including or substituting certain foods and liquids for your regular diet, can stimulate the liver after a winter of rich, fatty, salty foods. So says Traditional Chinese Medicine.

The liver’s functions aren’t just regarded as important in TCM, in which the liver is referred to as “The General”, and the imbalance of which is considered to be a main root of many ailments, both physical and emotional.  Other traditional medicines, both east and west, recognize that the liver has many important functions.  Western medical research continually studies it and they still haven’t thoroughly explored the more than 500 functions it performs!

For example, the liver processes food from the intestine, controls the levels of fats, amino acids, and glucose in the blood, combats infections, detoxifies the blood, transforming or destroying bacteria, particles and toxins, makes bile which is necessary to emulsifying and processing fats, stores iron and vitamins, stores important chemicals we need for the body to function, turns food nutrients into energy in a very complex chemical process, makes and regulates many hormones, makes enzymes and proteins for numerous bodily functions, including healing and so on—the list is nearly endless.

Because the liver is literally on the front lines—it is responsible for processing every single food or chemical we take in and transforming it into something the body can use—its importance can’t be overestimated.

The most common sign of the liver’s being off-kilter, sluggish, stagnant, or inflamed, is a mood imbalance.  Rebbe Nachman teaches that the liver is the source of anger and hatred, and that anger leads to depression.

TCM agrees. Extreme irritability, impatience, resentment, arrogance, and other explosive traits, which may co-occur with or lead to depression, can be traced to excessive indulgence (food, alcohol, drugs) which has damaged the liver’s functions. When you think about it, this is obvious—we know that alcohol and drugs (including most medications) damage the liver. Acetaminophen and other common over-the-counter medications are implicated in serious liver damage, for example.

In the 1990s, a friend of mine’s mother, a phlebotomist, told me that the two best-selling NSAIDs at the time, were the cause of increasing incidents of liver failure. This prompted my initial interest in this organ as well as a course I took in shiatsu.

Alcohol and drugs may have enervating and/or depressive effects (while under the influence). They make people more volatile, angry, and even violent—it’s only one tiny consonant between swagger and stagger. Then when the “day after” arrives, and the liver is still working hard to break down and process the toxins, emotions run the gamut from depression combined with irritability to edginess and aggression. This is the liver (and the soul) talking.

Extremes in diet do the same thing. It’s important to note that what starts this process is a spiritual pain or emptiness, an un-examined and un-addressed flaw, that triggers physical/emotional pain, cravings, longings, restlessness, emotional numbness, sadness, feelings of emptiness, and so on. Improper eating or alcohol or drug taking, might result.

Diet and if necessary, herbs, can help with liver imbalance, but ultimately the problem must be solved at the soul-level.  The soul-approach is assisted, in part, by eating mindfully (see this HJC post on the topic).

The liver reflects the state of the soul. We either work to purify our intake of this world, or allow it to pollute us. The opposite is also true, we try to maintain spiritual balance so we contribute to the world, and not contaminate it.

A person whose being reflects the image of God is elevated through his eating of living matter.—The Aleph-Bet Book, Rebbe Nachman of Breslov, translated by Moshe Mykoff.

The second post on the liver and eating clean will be coming soon.